Joseph is a 30-year-old Ghanaian man who came here to escape persecution based on his sexuality. After a tumultuous trip from Ghana to Ecuador, then Panama, Nicaragua, Honduras, Guatemala, Mexico, Joseph entered the US where he was then detained. In the span of 6 weeks, Joseph was transferred to three different detention centers, his hands and ankles cuffed.

The detention centers were cold and unbearable. There was no heating system at all. Once a day, they would eat a small portion of beans, rice, similar things, and were given a small bottle of water. If you don’t go out in time, you would miss the food for the day. Sometimes you would drink the sink water. All the detainees would shower once or twice a week and the cell he stayed in was a room of 6 people, sleeping in bunk beds, with one toilet to share in that same room.

After 3 months, he was able to post bond, which was initially a whopping $25,000, but what was reduced to $12,000 by the judge. Joseph learned about Libre from staff and inmates, including ICE officers. To date, he is still paying this off and owes the majority of that still. He hasn’t been able to keep up with the payments because of being unable to work, but they call him every day from different numbers.

Since July 2018, he had the shackle on until he removed it because he couldn’t stand the pain and discomfort. He had two ankle shackles on, one from Libre and one from ICE. The one from ICE he had for one year. As of now, Libre thinks that he still has the monitor on, so he is risking the consequences of this because of the pain. He only puts it on when they call to check him. He has injuries and marks all over his ankles. At one point they offered to take them off but told him he would have to give in his passport and he was fearful that he would be deported. Shackle hurts a lot and prevents him from doing many things, like praying, wearing shorts, and is very painful, embarrassing, uncomfortable, and frustrating. He almost asked them to deport him back to Ghana because he could not bear the pain, shame, and frustration any longer. People think he’s a criminal and he has a hard time getting jobs.

Libre calls and texts him, but all the messages to him are in Spanish which he doesn’t speak. The messages come every two days or so and are different numbers. He lives with a lot of fear, running home to take a picture whenever asked. He is still refusing to download and use the app because of his fears about the security of the app.

*Name has been changed to protect the identity of the individual. 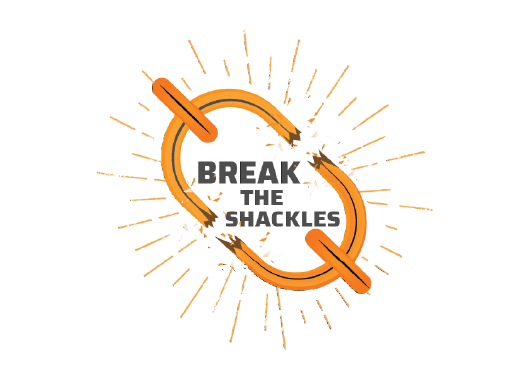